The total number of companies registered in London rose above 1 million for the first time during September, up over 50,000 from the end of 2014. It means that well over a quarter of UK companies have their registered office address – the address at which the company is officially based – in the capital.

There are notable performances in certain boroughs. Westminster continues to be the address of choice for companies and is now home to 127,386 incorporated entities. Camden sits in second place with 75,502 companies, followed by 67,187 in Barnet, 52,834 in Islington and 52,575 in the City of London.

The graphs and table that follow give more borough by borough detail of the way in which London has become such a great place to do business. 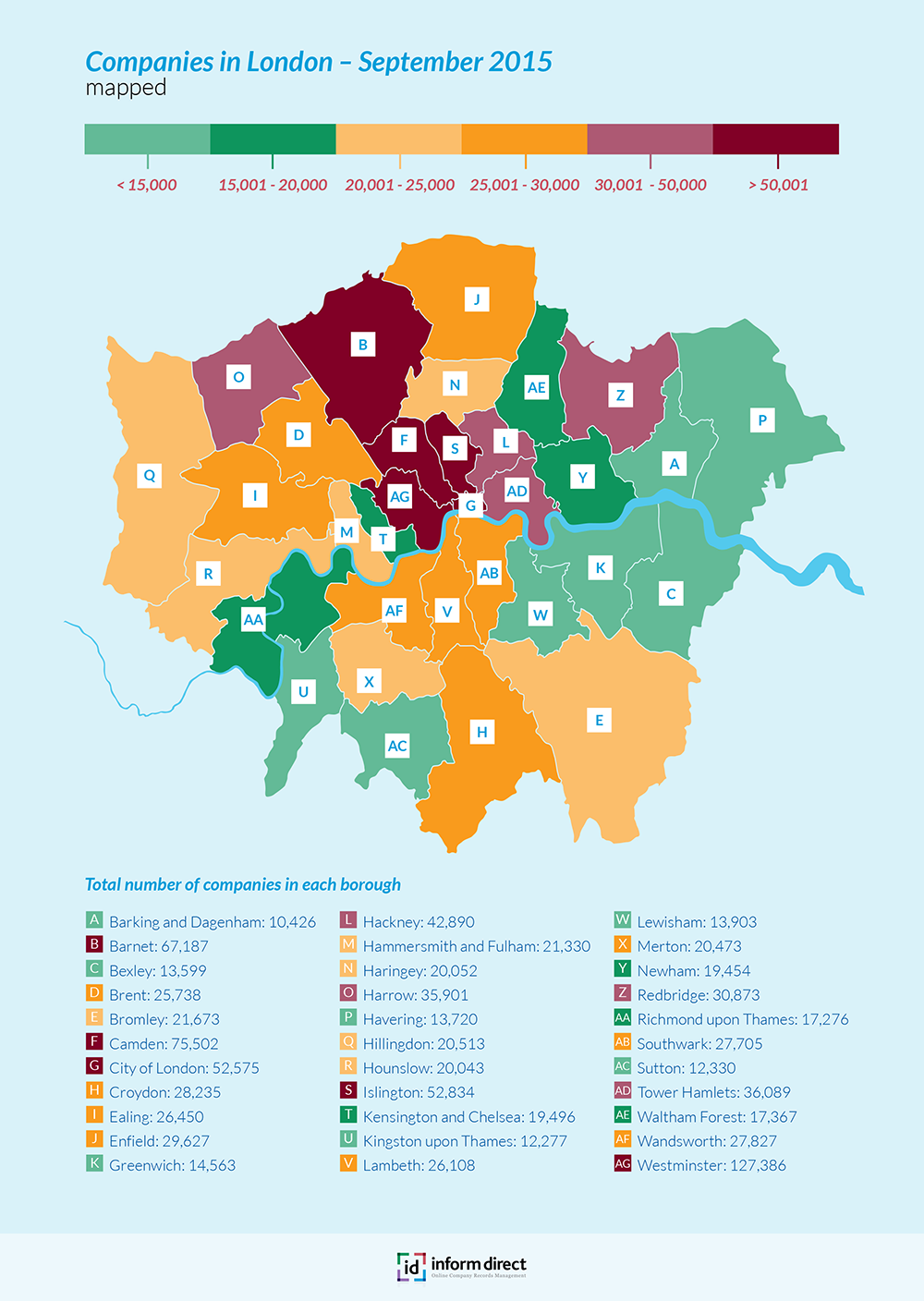 Please go ahead and use the embed code below to show this infographic on your own website.


The highest net growth in 2015 – which considers both companies formed and dissolved in the period – was in Hackney, which added nearly 12,000 companies. That’s an amazing increase in the number of companies based in the borough of over 25% in just 9 months. Camden saw the next best increase with 7,872 additional companies, followed by Westminster, Wandsworth and Barnet.

London incorporations and dissolutions in 2015 – breakdown

With 150,564 new companies formed in 2015 to the end of September, it’s also possible that London will this year break its own annual record of 191,915 for company formations. 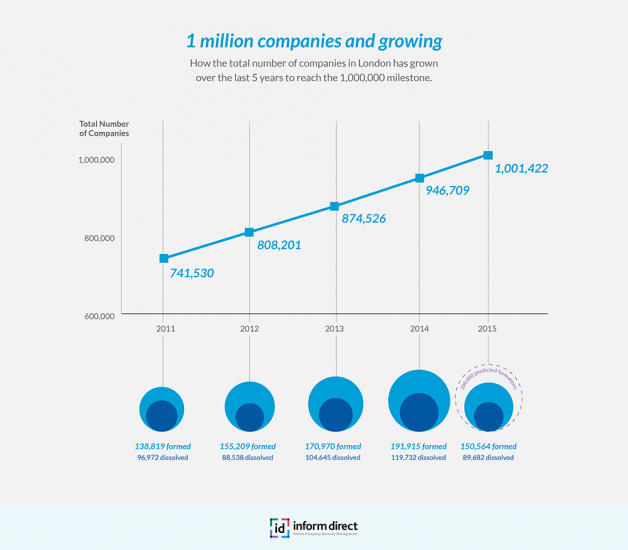